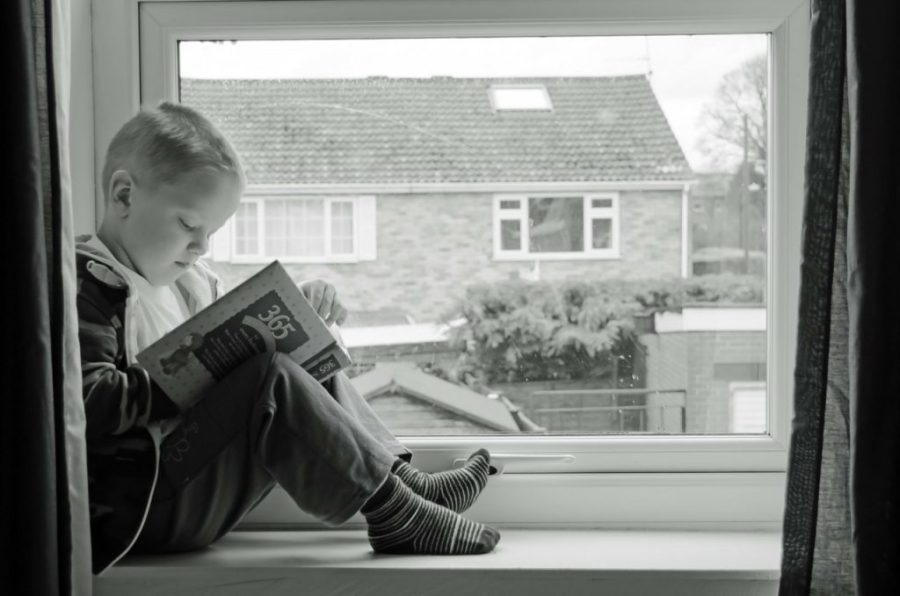 Written while listening to fun’s “Believe in Me”,
one of my favorite modern Christmas songs

Who are your heroes? Not the cinematic ones like Superman and Batman and Wonder Woman, or even the uniformed ones we see all the time like police officers and firefighters and EMTs. I mean the quieter heroes, everyday people who made you into who you are. The ones where it took years or even decades for you to realize their impact. Maybe they were only in your life a short time, yet their impact lasted a lifetime. Your lifetime.

Internet, I present to you one of mine: Mrs. Peggy Dorta.

Mrs. Dorta (as I’ll always call her) was my fifth-grade homeroom teacher at Worthington Hills Elementary School, located on top of a hill in a suburb of Columbus, Ohio. Worthington called itself an experimental school for several reasons. Most prominently, instead of having separate classrooms with assigned seating and hard walls separating them, at Worthington  each grade had a large room to itself; that room was divided into four smaller “rooms” where you sat on pillows on the floor, wherever anywhere you wanted, to learn reading, science and history. (The fourth “room” was a free zone where you could make forts out of desks and pillows while allegedly doing your homework.) If a teacher needed to wall off a room, let’s say because they were showing a movie and didn’t want to disturb the other rooms, they could use those accordioned sliding cloth walls to temporarily create a four-walled room of their own.

Pretty cool, and to a kid who had just transferred in last year, it quickly became the norm. All schools were like this, right?

The school, like the subdivision it was based in, was only a few years old, and held maybe a couple hundred kids. Divvy up each grade into a large room, and then split that number by three and you get about 20 kids per teacher. For our grade, Mrs. Dorta was the reading/English teacher, Miss Goodman the science teacher, and I apologize to the history teacher for forgetting her name.

I don’t remember much about Mrs. Dorta’s looks except she had black hair, was of average height, and was pretty in a natural way. She was kind and smart and caring, and she let us take advantage of the school’s experimental nature by working at our own pace. And this is where she and I came to shine.

You see, I loved to read. Not just the “reads more than one book a year” category that now unfortunately categorizes a frequent reader, but the kid who would have the largest delivery of Scholastic Books, and devour it in a week and wish he’d ordered more. The kid who read everything in the school library in his age group, even books in which he had no interest. The kid who, when Mom would take me clothes shopping with her (babysitters were for special occasions), would go missing, eventually found curled under one of those circular racks of shirts or skirts or whatever reading my book. (Under the rack being the quietest place I could find in the store, where no one would bother me, and readers not necessarily the best with social etiquette.)

Yup, I was a reader.

Always loved to read. Can’t remember a time when I didn’t read. Never had much interest in the usual guy things like sports (apparently I spent much of my one-year career in Little League at my post in left field sitting down and drawing in the dirt – I plead the Fifth on that one). I was competitive against myself – was (and still do) test myself to see how far I can swim underwater on one breath – but never got into any sports, even individual ones like swimming. In high school and beyond, never got into cars, even though I had as my sometimes car in high school my parents’ 1969 Firebird convertible (yes, I realized at the time how lucky I was). I tried various activities over the years – violin, clarinet, tennis, bowling, etc. – but nothing stuck. But reading, and eventually the writing that came from it, man, those were special. Those stuck hard.

And while I read the books marked for my age group (Tom Swift rocked – I’ve finally started collecting them – and who doesn’t love Clifford the Big Red Dog?), I was also reading all sorts of genre fiction: Bradbury and Asimov and all the classic science fiction writers of SF’s Golden Age, plus horror and fantasy, everyone from Edgar Allen Poe to HP Lovecraft to James Herbert. And of course, watching The Twilight Zone reruns, which still fascinate and chill me today.

So there I am in fifth-grade homeroom, which happens to be run by my reading teacher. If you recall, [FACT CHECK] at that level you get a Fifth-Grade Reader that’s almost as thick as you are tall, filled with all sorts of age-appropriate short stories with a quiz after each. Mrs. Dorta might have been old (heck, she was probably over twenty-five at the time!) but had a great love for her students, and was very supportive. I was devouring the reader, going beyond just reading the story, changing and re-arranging words and sentences to make them read better and stronger. (Great editors are born not made…) Maybe six weeks into the school year, I was already tired of this one-story-a-day jazz. Don’t hold me back, man!

Thankfully, I was at Worthington Hills Elementary, and Mrs. Dorta was my teacher.

I don’t remember if I asked Mrs. Dorta if I could read ahead or if my mom did (Dad let her handle most school matters), but soon a deal was struck: I could read ahead as far as I wanted, as long as I turned in the homework for each story.

Lesson 1: Support the people around you, and let them play to their strengths.

I tore through that reader like a boy obsessed. Mind you, I didn’t slow down on my personal reading, just unnecessary things like going outside and the occasional meal. Going outside was a bargaining process with my parents; after a while, we compromised on allowing me to bring my book outside. I would still be reading, but at least reading under a tree in the summer shade. (A plan I wish more parents would instill in their kids.)

Between my speed and the winter holiday break, I made short work of the reader. Come January, we had a problem, because no one had ever read the entire reader that quickly.

Not that that would stop Mrs. Dorta.

She arranged with the school administration for me to get a Sixth-Grade Reader. Same format of short stories and quizzes. Thicker book.

Lesson 2: Go the extra mile for anyone who wants to run that extra mile.

Yeah, that reader lasted all of three months.

So in the spring, Mrs. Dorta went back to the school administration and requested a seventh-grade reader from administration of the middle school, where grades 7-9 were taught.

I think the Jewish word for that is mensch. I just call her my hero.

Lesson 3: Give it your best, enjoy the ride (it’s just a ride), and accept when it’s over.

At the time, I was frustrated that I couldn’t get that advanced book, which was probably 20% ego and 80% diehard reader. As I’ve gotten older, I could see all the reasons why the administration for the middle school didn’t want some kid coming into grade seven having already completed that year’s English homework, and maybe next year’s homework as well. Because, outside of that blissful little cocoon of experimental education called Worthington Hills Elementary, there seems to be one main dictum in education: stay with the rest of the class. Don’t fall behind, but just as importantly don’t work ahead. God forbid we should let kids do what really motivates them.

(I found this out when I arrived at Parkway Central Junior High School in Chesterfield, Missouri, a suburb of Saint Louis. Full of hope and enthusiasm for seventh grade, I quickly learned how the world really worked when I made the mistake of telling the history teacher that I’d read the week’s entire assignment in two days and could I get next week’s assignment please? “No. Don’t read ahead,” he answered brusquely (I don’t even remember him looking at me). “Just stay with the class.”)

(And yes, I know things like reading ahead would be more work for teachers. This isn’t a knock against teachers – well, not most of them – but against a system that intentionally blunts students’ enthusiasms. Instead of playing to a student’s strength and making sure they’re competent in the other important areas, they’re muzzling kids who could really explode with passion for reading or math or coding or even history [which wasn’t even my favorite subject, until I discovered Dan Carlin’s amazing podcast “Hardcore History”[LINK]. And that’s the real shame: showing kids that passion is not only not rewarded, it’s actively discouraged.)

Wow, that’s all a bit didactic, isn’t it? (I should probably cut it out, but I’m leaving it in.)

Sorry for the detour if you’re reading this, Mrs. Dorta.

Lesson 4 (learned the reverse way): Don’t “Don’t rock the boat.” Find a boat worth rocking and rock that sucker all night long.

I’ve told the story of Mrs. Dorta’s quiet heroism many times over the years, with the sad denouement of that Parkway teacher’s comment as counterpoint. But it wasn’t until recently that it really hit me how many components went into Mrs. Dorta going the extra mile for me (several times):  her belief in letting me follow my passion; her willingness to ask favors from the administration of not just my school but another, unaffiliated school; and most of all, her kindness and intelligence and all those ephemeral things that go into making not just a great teacher but a great human being.

You see, Mrs. Dorta didn’t just teach me that it’s okay to work ahead. She taught me it’s okay to not stay with the class. It’s okay to ask for things, because maybe that person will say yes and your life will be better. And maybe they’ll say yes to the next request. And maybe that will open up a whole new world of following your passion that will eventually lead to a journalism career and writing a Christmas book that’s not always for kids and writing a blog post about your own quiet hero.

And maybe, in ways that you will never know, you might be someone else’s quiet hero, and their life will be the better for it.

PS: Yes, I did try to find Mrs. Dorta. It was a few years ago, and I can’t remember whether I found the right person or if my message never reached her. But writing about her here will spur me on to try again. Because I think it’s nice when heroes learn about the impact they’ve made, especially when they were just being themselves.